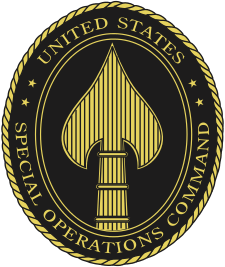 In the wake of the deaths of four soldiers in Niger on October 4th, many politicians, pundits, and commentators expressed surprise that the US had special operations forces in Niger. But none of them should have. At the risk of hyperbole, U.S. Special Operations Forces are everywhere. This is partly the result of the Global War on Terror, and partly just the continuation of a decades-long practice.

U.S. Special Operations Forces have grown Since 9/11 in myriad ways, including funding, manpower, operational tempo, and geographic sweep. Approximately 8,000 of USSOCOM’s roughly 70,000 special operators are deployed at any given time in around 80 countries. Cumulatively, their operations reach around 70 percent of the world’s countries each year.

For example, the number of SOF in Europe has expanded in recent years. In the decade between 2006 and 2016, the number of special operators on the continent increased from three percent to twelve percent of special operators deployed overseas. According to Maj. Michael Weisman, a spokesman for U.S. Special Operations Command Europe, U.S. Special Operations Forces have deployed to 21 European countries in 2017 and conducted exercises with even more.

“Outside of Russia and Belarus we train with virtually every country in Europe either bilaterally or through various multinational events.”
Maj. Michael Weisman, a spokesman for U.S. Special Operations Command Europe

Only Africa saw a larger increase over the same timespan.

According to Special Operations Command, 55.29 percent of special operators deployed overseas in 2016 were sent to the Greater Middle East, a drop of 35 percent since 2006. Over the same span, deployments to Africa skyrocketed by more than 1600 percent—from just 1 percent of special operators dispatched outside the U.S. in 2006 to 17.26 percent last year. Those two regions were followed by European Command (12.67 percent), Pacific Command (9.19 percent), Southern Command (4.89 percent), and Northern Command (0.69 percent).

Many of these engagements are conducted by Special Forces personnel during Joint Combined Exchange Training (JCET). But JCETs are more than just simple training missions. JCETs serve as a platform for ensuring persistent engagement in those countries designated as critical to overseas contingency operations.  The training value of JCETs a means to the true end: ensuring SOF are fully trained in the language, culture, geography, politics, and communication skills needed to conduct special warfare, including unconventional warfare, while strengthening ties to the institutions and people that may be needed in an unconventional warfare campaign.

Special warfare has begun a resurgence of importance in the last few years, due to the challenge posed by Russia’s aggressive foreign policy. “SOCOM actions will need to be unconventional and irregular in order to compete with Russian modern warfare tactics,” a collection of experts at NDU asserted. Such a shift in strategy would mark a return to the methods employed during the Cold War, in which conventional deterrence was paired with low-visibility operations by special operations forces.

“In the 21st century we have seen a tendency toward blurring the lines between the states of war and peace. Wars are no longer declared and, having begun, proceed according to an unfamiliar template … The role of nonmilitary means of achieving political and strategic goals has grown, and in many cases, they have exceeded the power of force of weapons in their effectiveness … [t]he broad use of political, economic, informational, humanitarian, and other nonmilitary measures… is supplemented by military means of a concealed character, including carrying out actions of informational conflict and the actions of Special Operations Forces.”
Russian Chief of the General Staff Valery Gerasimov

As this implies, the U.S. is hardly alone in deploying its special operations forces so broadly. Russia, with its 30,000 Spetsnaz troops, is “particularly adept at leveraging unconventional approaches to advancing their interests and it is clear they are pursuing a wide range of audacious approaches to competition — SOF often present a very natural unconventional response.” according to SOCOM Commander General Raymond Thomas. Nor is Russia the U.S.’s only competition in this field; many other countries have also invested significant resources to developing doctrine and capabilities in covert, clandestine, and unconventional forms of warfare, most notably Iran. This crowded field means that the U.S. is compelled to spread its forces across even more potential target states.

Another reason that U.S. special operations forces are present in so many countries is more well-known: counterterrorism. Terrorism can take root in any country where security becomes lax. US special operations forces, such as Navy SEALs, MARSOC Raiders, and Army Special Forces and Rangers deploy to trouble spots around the world to assist the host nation in creating a more stable environment as well as seeking out and neutralizing specific terrorist actors.

The U.S. doctrine for counterterrorism provides the following goals:

Surgical strike operations are short duration direct action missions and longer duration special reconnaissance assignments. The surgical strike element of USSOCOM are the most secretive, but also most well-known component of U.S. Special Operations Forces, since they capture the imagination of both politicians and the public due to shorter duration missions and more obvious metrics of success (e.g., numbers killed, captured, or objectives seized). They also make for the best-grossing movies.

Foreign Internal defense represents a sort of fuzzy middle-ground between the longer-term special warfare and the short-term surgical strike. In order to help a partner nation deal with destabilizing internal forces (terrorists, insurgents, etc.). So-called “advise and assist” activities are those U.S. military efforts to improve other nations’ ability to provide security for its citizens, govern, provide services, prevent terrorists from using the nation’s territory as a safe haven, and promote long-term regional stability. However, foreign internal defense (FID) also includes combat FID, in which U.S forces accompany the local forces on offensive missions, often of the surgical strike variety.

The U.S. conducts counterterrorism operations in so many countries around the world because the threats are so wide-spread. Because of this, CT surgical strike missions done well remove key individuals from terrorist leadership and key nodes from the threat network, crippling the organization. But if it is not conducted with restraint, CT surgical strike starts to resemble a game of Whack-a-Mole.

Between these two interlocking missions, U.S. Special Operations Forces are present in the vast majority of countries around the world in any given year. Some of these countries are stable, permissive environments. Others, like Niger, are not, and the special operations forces deployed to these environments face real danger.  Talk to these operators, though, and most will tell you they would have it no other way. They want to go where they are most needed, not where it is most safe.

This site uses Akismet to reduce spam. Learn how your comment data is processed.