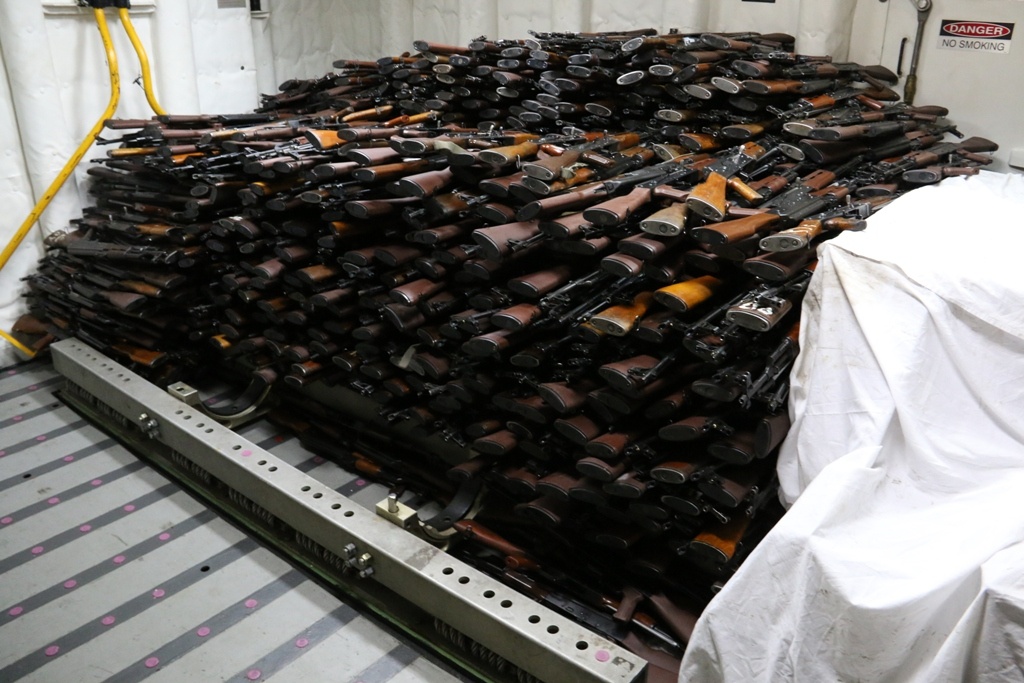 ARABIAN SEA (March 31, 2016) A cache of weapons is assembled on the deck of the guided-missile destroyer USS Gravely (DDG 107). The weapons were seized from a stateless dhow which was intercepted by the Coastal Patrol ship USS Sirocco (PC 6) on March 28. The illicit cargo included 1,500 AK-47s, 200 RPG launchers, and 21 .50 caliber machine guns. Gravely supported the seizure following the discovery of the weapons by Siroccos boarding team. This seizure was the third time in recent weeks international naval forces operating in the waters of the Arabian Sea seized a shipment of illicit arms which the United States assessed originated in Iran and was likely bound for Houthi insurgents in Yemen. The weapons are now in U.S. custody awaiting final disposition. (U.S. Navy Photo/Released)